cod. CAR06a
The Ferrari 330 P4 epitomizes the glorious racing era of the ’60s. Arguably the most beautiful racing car ever built, possibly the most admired today in the rare public outings of the surviving models. Stung by the famous Ferrari 1-2-3 in Daytona, Ford had come to Le Mans sparing no effort: 10 Ford cars were lined up against 8 automobili Ferrari. For 1967 the engine of the 330 P4 was extensively redesigned by Franco Rocchi, with three valves per cylinder and Lucas injection, but it turned out that at Le Mans swift handling was no replacement for displacement on the long Mulsanne straight. At the end of the 24 hours battle, the Ferrari 330 P4 driven by Ludovico Scarfiotti and Mike Parkes could not match the speed of the winning Ford MK IV of Dan Gurney and A.J.Foyt, the sole Ford to reach the finish line. 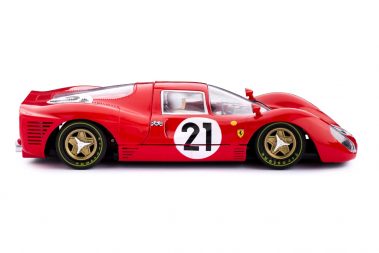 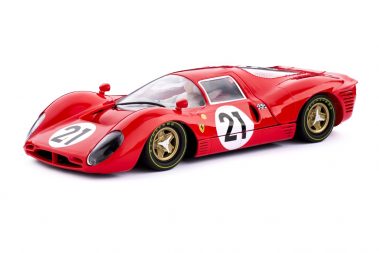 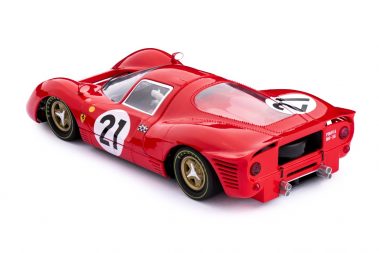 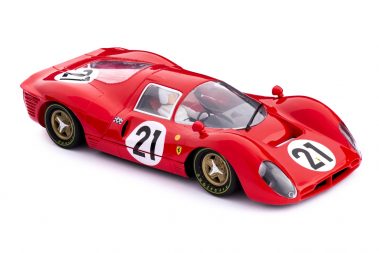 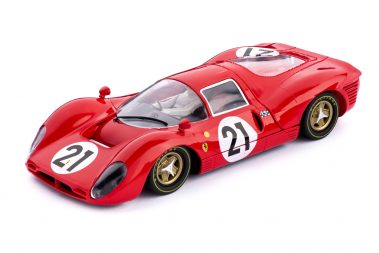 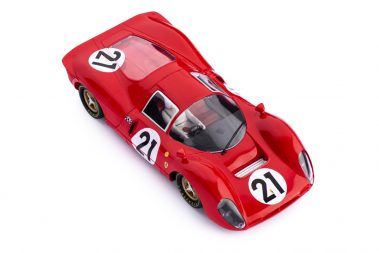 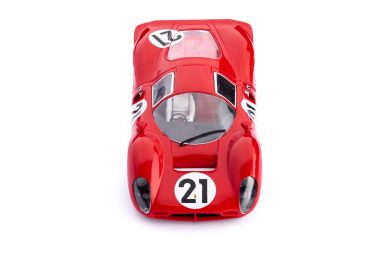 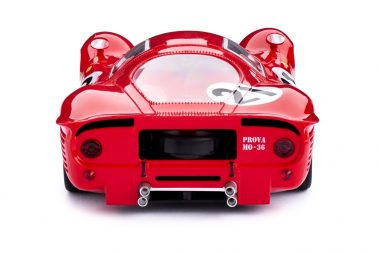 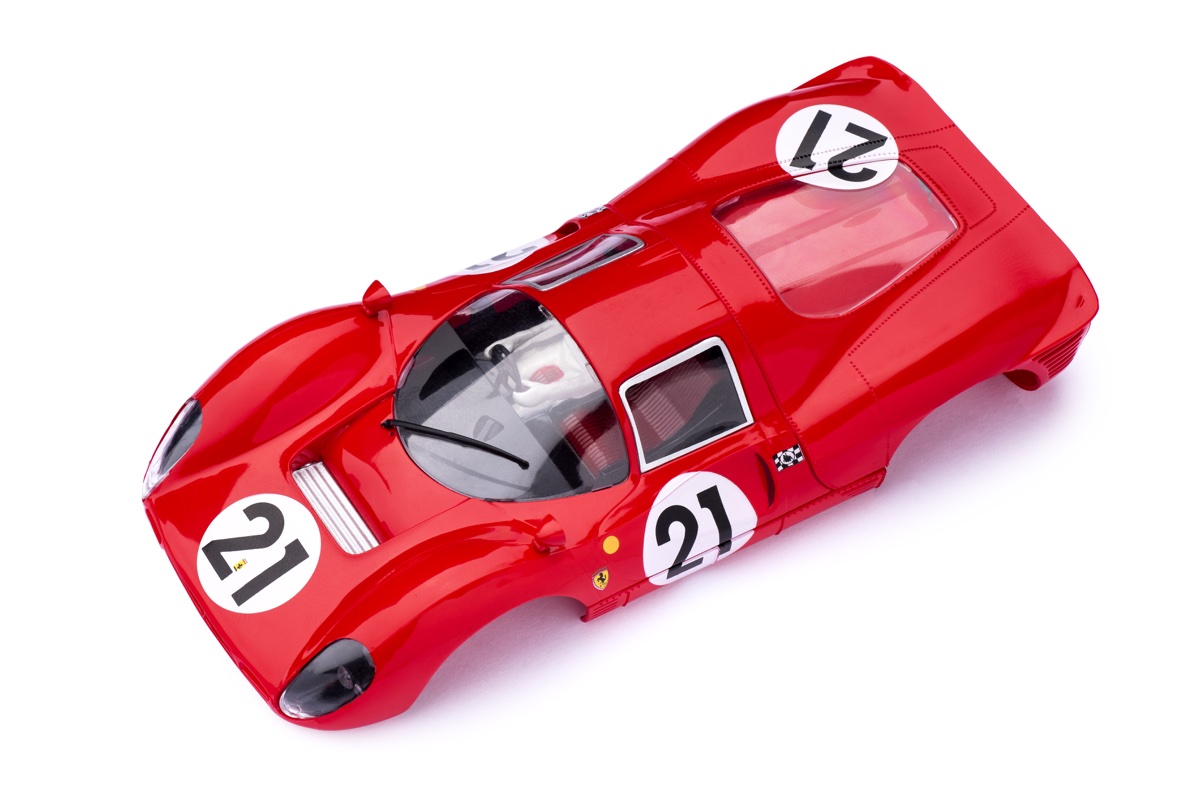 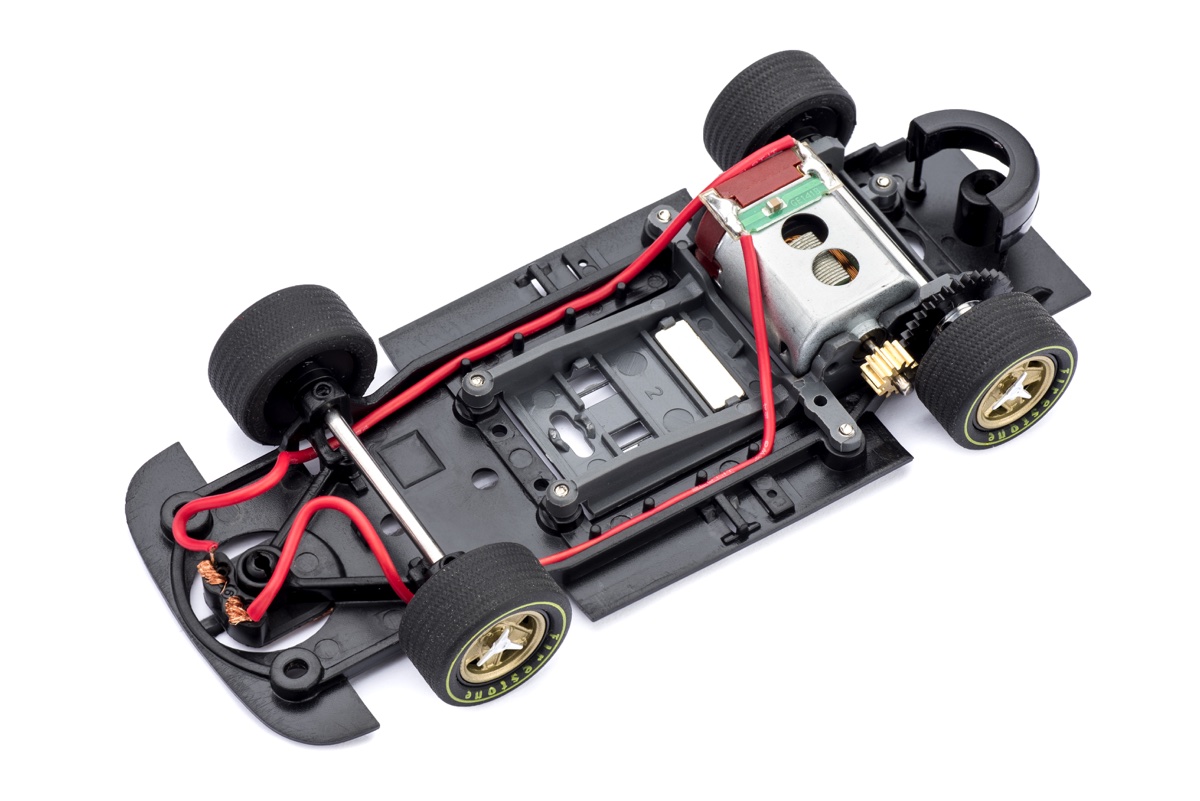